A price on carbon has been a key demand of serious climate action for three decades now, but efforts to impose such a price have largely failed.

Fossil fuels are cheap. It is cheaper (as well as faster) to fly or drive Auckland - Wellington than to get the train. It is cheaper to get a house on the edge of the city and drive to work than to live closer and walk or cycle. It is cheaper to import goods from the other side of the world than to grow or make them locally. All of that burns more carbon; we need a price on carbon to change these incentives.

To be effective in changing behaviour the price needs to be high and steadily rising, but any government which places an effective price on carbon commits political suicide. Citizens don’t see that they get anything for what they have to pay and see it as just another tax grab.

The Labour Government in 2002 developed quite a well-designed carbon tax but never addressed the question of where the money would go. Even the Minister, Pete Hodgson, hadn’t considered it – just into the general government coffers it seemed. This is a recipe for mass civil revolt. The animal methane levy was dubbed the “fart tax” and we had tractors driven up the steps of Parliament. The National Party saw it as a chance to score political points and destabilise the government; and behind the scenes business lobbied frantically to have the whole scheme dropped – which it was, on the pretence that there was not enough support in Parliament to pass the necessary legislation.

A decade and a half later Macron is presenting France as the leader of EU action on climate change with taxes on transport fuel. Our media has tired of reporting the French riots, but they are ongoing. Macron has cancelled his proposed carbon tax, but the French are not appeased and burning cars and buildings, street battles with police and blockades of roundabouts and public buildings continue in Paris and small towns across France, with more planned. The anger is now about deeper issues of economic austerity, the dignity of workers, and the withdrawal of state services in favour of a privatised economy. 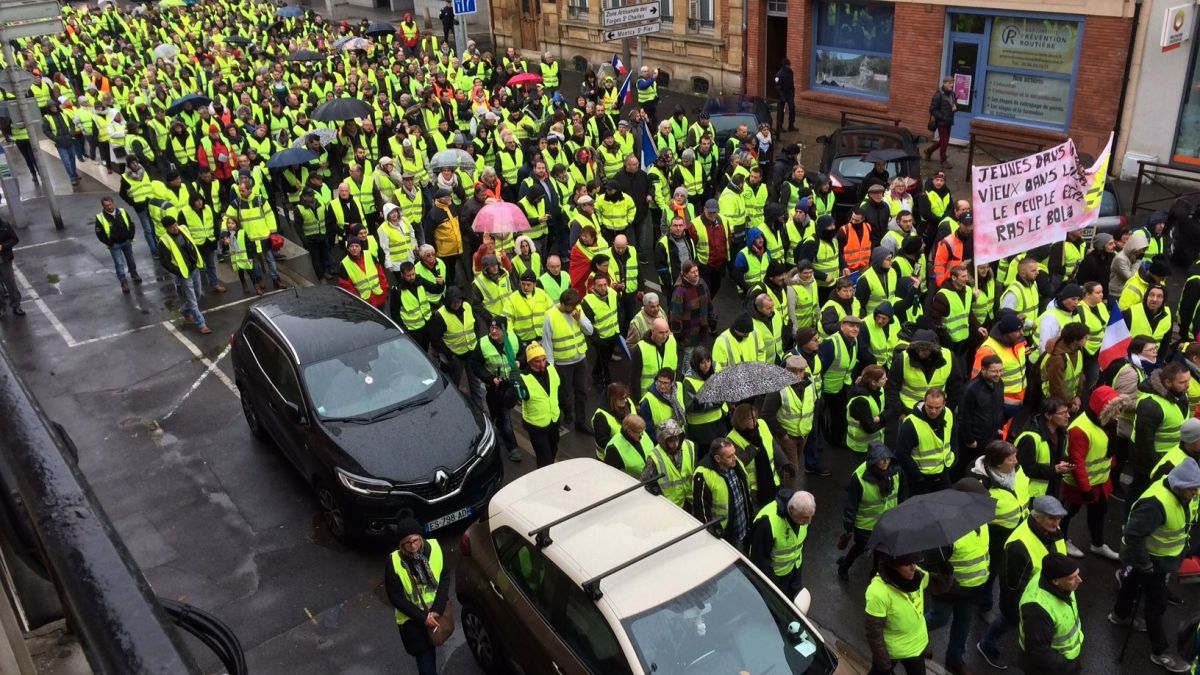 It started with big tax cuts for people on high incomes. That was paid for by cutting services on which the poor rely. Fuel taxes were the last straw. Workers were reacting to worsening inequality and a general contempt for the poor and the working class by the elite.

The French are more volatile than Kiwis. We have nothing in our past that resembles the French Revolution, but unless the Government communicates clearly with citizens and is seen to be fair, we will have resistance here too. Recent fuel taxes, especially with the extra in Auckland to fund public transport, provoked anger and coincided with higher international oil prices. Jacinda tried to bring the price of fuel down by blaming the oil companies for profiteering. But as a few media commentators pointed out, you can’t both have high fuel prices to encourage low carbon behaviour and low fuel prices to help families make ends meet. How is this to be resolved?

The proposed changes to the ETS will see some carbon units auctioned. This is second best to a carbon charge, but will still produce some revenue. There has been no public discussion of where the revenue would go, but its acceptability to the public relies crucially on this decision.

Some say Government should use it to promote low carbon alternatives like energy efficiency and renewables. But a decent price on carbon will do this anyway. If coal becomes much more expensive Fonterra will finally get serious about converting its boilers to wood waste. They don’t need subsidies as well. If petrol is more expensive smaller cars, electric vehicles, cycling and public transport become relatively cheaper.

Some say give it to the poor as an increase in benefits or the minimum wage. That will cause resentment among those on middle incomes and those just above the cut off point for assistance. It will also amplify all the injustices of the current benefit system.

If a policy is to be durable and supported it has to create the conviction that we are all in this together; everyone pays; everyone benefits from the revenue created, and everyone has the opportunity to reduce their carbon burn by thinking smarter. What we need is a policy that delivers an equal monetary return to all citizens, bearing in mind that $20 to a beneficiary or low-income worker is worth enormously more than $20 to a corporate chief. It needs to be communicated clearly that those paying the most in the carbon price will be those using more than their “share” of our carbon budget. Those getting the most benefit will be those who reduce their carbon burn.

There are two ways to do this. The simple way is to reduce the tax on the bottom band of income – probably by making the first dollars earned tax-free. The second is by paying a “citizen’s dividend” to every citizen – or resident or other qualifying descriptors.

The problem with the first option is that other tax changes may mask the tax reduction and confuse the public who won’t see the benefits so clearly. The problem with the second is that it is administratively complex to set up and the total revenue to distribute may not be worth it.  I prefer the second because it can put in place a system for environmental charges generally which are recycled equally to everyone.  It is important that it be called a charge or fee, not a tax, which is something governments keep and spend themselves with no transparency or accountability.

If these charges are to be effective they must keep rising. The only way to avoid a public backlash when this occurs is to point out that yes, your petrol price is increasing, but so is your citizen’s dividend. You can choose to spend that how you like – the wise choice is to use it to prepare for a low carbon future by insulating, solarising, establishing a garden, or long term put it towards a more efficient vehicle or an EV. In the meantime thinking about how to spend it will prompt ideas about how to reduce carbon use without spending money – driving and flying less, eating more local food.

So the lessons I would take from the gilets jaunes in France are:

* policy needs to be inclusive –  and needs to foster the sense that we are all in this together;

* governments should set the limits and allow citizens to make their own decisions within this.

Degrowth on the way to a steady state economy webinar recording

Our first webinar in the Economy of Enough 2022 series featured Hugh Ferguson presenting on ...