Our Climate, Your Say is the government’s invitation for public input on its Zero Carbon Bill. Climate campaigner (and former Green Party co-leader) Jeanette Fitzsimons explains what she’ll be telling them.

This story was originally published on The Spinoff.

The government is seeking input to its ground-breaking Zero Carbon Bill which will set a target for emissions, appoint a commission to advise it, and set budgets for progressive emissions reductions on the way. This paper addresses the targets.

The policy is zero net emissions by 2050 – a simple aim, but actually quite complex to interpret in practice. Its various possible interpretations will lead to vastly different climate outcomes. And there are a few issues to consider:

First, that “net emissions” means that carbon dioxide captured from now on by increased forestry can be offset against the emissions from, for example, burning fossil fuels. There are problems with that, such as the need to provide for possible destruction of those forests in fire or earthquake or pests and diseases – and the risk they will not be replanted after harvest.

Secondly, the distant target of 2050 – an arbitrary date with no great climate significance – disguises the fact that what matters is not the date we finally stop emitting, but the track we take to get there. Rapid reductions now, taking advantage of all the easy options right away, then slowing down the rate when things get harder, will warm the climate less by 2050 than waiting till the last minute, then taking extreme action. If our goal is zero by 2050 it is the total amount of carbon put into the atmosphere by then that matters.

So what then will “zero” actually mean?

Option 3 at first seems the most environmentally responsible, but in fact I support the second option – based not on politics, but on science. Methane is a much more powerful greenhouse gas than carbon dioxide. The initial warming from a pulse of methane is 120 times a like quantity of carbon dioxide. Growth in methane emissions will do more short term damage than growth in any other gas.

On the other hand, methane degrades much faster than carbon dioxide which stays around continuing to warm the atmosphere for thousands of years. The methane cows belch today will be largely gone by 2050* leaving only a small residue of carbon dioxide, which should nevertheless be counted.

If methane levels in the atmosphere are stable, then as today’s emissions decay their impact will be replaced by tomorrow’s emissions. The question then is, stable at what level? 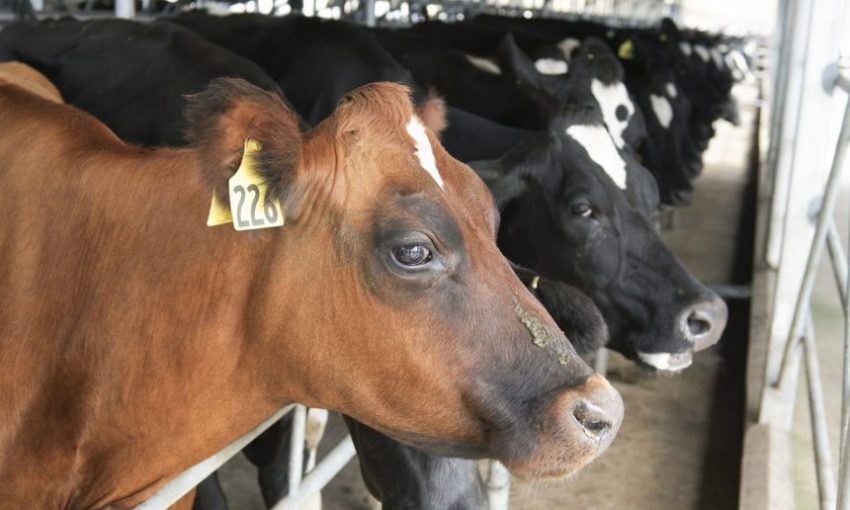 The discussion paper has been less than helpful by not addressing the level at which methane should be stabilised. This has allowed Federated Farmers to argue that we can cut by just 5% – back to the 1990 level – then stabilise. That would be disastrous. Methane, even with its short life, currently contributes a third of our warming emissions, and it must come down, fast, along with all other gases.

Officials preparing the discussion paper commissioned two economic models, from Vivid Economics and NZIER respectively. The NZIER report, not yet released publicly but due out this month, modeled a two-basket system where short-lived gases (methane) were reduced to 55% of 1990 levels by 2050. No reasoning is given for this number. I’ve asked for some scientific advice on how a safe level might be set, but in the end this is a job for the Climate Commission.

What matters is moving fast to cut back methane emissions to a much lower level, then holding them at that level. The longer we delay methane cuts, the further we will have to cut.

Meanwhile across the world an unspecified and large amount of methane is leaking from melting permafrost. Only slowing the rate of warming will stop this, which makes it all the more important to address the emissions we can do something about.

While changes in animal diets can help reduce methane release, we cannot avoid addressing animal numbers which are unsustainable on many levels, including land use, water quality and milk processing emissions. Reducing the number of cows will reduce emissions of both nitrous oxide and methane, and raising the remaining animals less intensively, feeding them better on grass and reducing input costs of fertiliser, feed and pharmaceuticals can increase profitability for farmers.

Methane emissions also come from natural gas leaks from the fuel system. Fracking in Taranaki and gas leaks from oil drilling both contribute to this. They add significantly to the warming from the CO2 produced by burning the gas. I would put them in a different basket from biological methane: they should go to zero along with all fossil fuels. Old gas wells may need to be managed for some time to prevent such leaks adding to methane in the atmosphere.

So to summarise, my submission will argue for the two basket approach for short and long-lived gases, but only if methane is first cut deeply and fast, to a level supported by science, and if fossil methane is put in the same basket as the other fossil fuels.

While we need urgent reductions in all gases, there is room for different paths to zero. I actually see nitrous oxide as being most urgent. It has risen fast in recent years, driven by hugely increased inputs of nitrogen fertilisers (urea). There are ways ways to reduce it – along with cutting urea, these include better management of wet soils, keeping cows off pasture when wet, and reduction in herd numbers.

I support a levy on nitrogen fertilisers to encourage less intensive farming and a shift to more organic systems, with the money going into assistance for the farming transition.

There are many easy wins for transport which could be implemented quickly while maintaining mobility, but we can’t expect fast reductions in emissions from steel and concrete.

Government can’t escape the fact that targets and budgets are useless without action. This framework needs support from fast action to keep fossil fuels in the ground by stopping new coal mines and oil and gas drilling, legislating for efficiency standards most especially for motor vehicles, and stopping all new big motorway projects. Otherwise emissions will continue to climb.

Finally, until we accept that the overriding goal must change from economic growth to sustainability, the climate bicycle will be pedalling forward with one foot and backwards with the other.

* Methane degrades exponentially into a small residue of carbon dioxide, with a half life of about 8.6 years. Three-quarters of its 100 year warming potential occurs in the first 17.2 years; after 50 years any residual methane is insignificant.