Dairy farming is NZ's biggest climate change problem, and was never a cost-effective way to provide food. Our Climate Declaration core group member Pat Baskett looks at what might happen if we don't make changes soon. 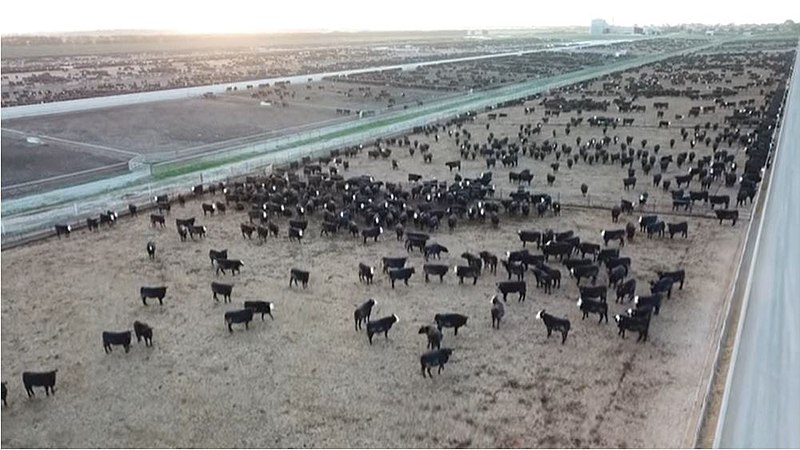 Cows standing in grassless paddocks, often with their hooves in mud, is a disturbing sight. The intensification of dairying has turned these gentle beasts into commodities, their output per unit carefully calibrated to minimise input.

Strip-grazing, whereby electric fencing enables the farmer to divide paddocks into narrow strips, is part of this. It forces the animals to eat every shred of green down to the ground, in a way they would not naturally do.

This is bad enough in the summer but in winter when they need to eat to keep warm, they are left standing in mud.

The dairy farmer relatives I grew up with in Taranaki supplemented the less nutritious winter grass with hay or silage, and paddocks were never trampled to a bog.

Mud is probably the easiest of dairying’s problems to fix. Dairying itself is a problem - New Zealand’s biggest climate change problem, producing more emissions, methane and nitrous oxide as well as CO2 from the industrial processes - than the whole transport sector.

It’s crucial we reduce the methane that cows burp because in its first 20 years in the atmosphere, this gas is 84 times more powerful than CO2 - and we have less than a decade to ensure we don’t exceed the minimal target of a global average temperature rise of less than two degrees by the end of the century.

Methane eventually oxidises into CO2 and thus remains for a very long time.

Molecule for molecule, nitrous oxide, released from cows’ urine and nitrogenous fertilisers, is 300 times as potent as CO2 in its heating effects. It also depletes the ozone layer. Scientists at the IPCC estimate that the global contribution of nitrous oxide to total greenhouse gases is about 6 percent, with up to three-quarters of that coming from agriculture. In New Zealand, about 12 percent of our emissions are nitrous oxide, also mostly from agriculture.

While we worry about the atmosphere, we’re also at last taking seriously the calamitous effects on the ground. Dairy cows are said to be the most polluting of domesticated animals, causing erosion on hillsides, the exhaustion of soils, unswimmable waterways.

At last we’re researching the effects on human health of nitrates in drinking water.

We continue to pride ourselves on the efficiency of our agriculture and trumpet the claim that our animals are grass-fed, which the creep of intensification over the last 30 years has reduced. We’ve depleted the soils by overloading the paddocks with 6.3 million cows, whose bony bodies require supplements of palm kernel expeller, much of it sourced from areas where rain forest has given way to palm oil plantations.

Then there’s the phosphate that comes from that contentious area of the western Sahara, claimed by Morocco. New Zealand is their second-largest customer.

Cows and the farmers who manage them form the basis of our economy – powdered milk provides 25 percent of our total export earnings. The changes we have to make are enormous. Drastically reducing animal numbers is just a start.

Dairying is energy-intensive through its export of powdered milk. Fonterra remains the country’s second-largest user of coal which heats its boilers. But things are beginning to look up. Several of its plants now use woody biomass. Even so, the company’s commitment to stop using coal by 2037 seems a long way off, given the latest evidence of climate breakdown.

What will happen to these huge dehydration plants, as we transition to a more climate-safe economy? Will they remain as monoliths to our misuse of the land?

Land use is the key. The report Farms, forests and fossil fuels: The next great landscape transformation, by the Parliamentary Commissioner for the Environment, Simon Upton, made this clear in 2019. Pastoral lowlands will become productive horticulture territory. Forestry must increase. Marginal steep country used for sheep and beef grazing can be planted in mānuka and other natives.

These changes will mean facing up to the gradual loss of a way of life that has been an integral part of our culture. Living close to animals, whose care is a pleasure, will be available as a livelihood to fewer people. Their products - cheeses, meat, milk - will be specialty items. This doesn’t mean they will necessarily be priced for the wealthy. Rather, they will only be sought by the few as more people make the connections between food and the climate, and the terrible effects of heating become increasingly evident.

Well before climate change, what we ate had repercussions - economic, environmental and ethical - way beyond our plates.

Growing crops to feed animals in order to feed humans was never an economic way of providing food, especially on a large scale. But economics consists of markets, wherever they are to be found, and meat and dairy products have been a marker of affluence.

Statistics on the costs of providing animal-based protein have been indisputable for 50 years.

Production of soya beans has more than doubled this century and is blamed for deforestation in the Amazon - alongside cattle farming - and elsewhere. Yet 80 percent goes to provide fodder for cattle, chickens, dairy cows and pigs raised in intensified factory farms.

If you include the land on which the crops grow to feed animals to feed people, it’s calculated that this process takes up 77 percent of the earth’s total agricultural land - a planetary boundary we’re close to overstepping. And this to provide a mere 18 percent of the calories we need and 37 percent of the protein.

Thus the conversion of sheep farming to dairying in Canterbury and Southland has not only reduced the area of arable land growing cereals and vegetables, a Landcare report shows. It has also meant that cereals are now increasingly used to provide fodder for cows.

Soya beans and other legumes have been described by the United Nations Food and Agriculture Organisation as “climate smart” and “the key to global food security” because they’re not only highly nutritious but also nitrogen-fixing, carbon-sequestering and drought resistant.

They’re not, yet, grown in New Zealand because they need consistent daytime temperatures above 20C. In the meantime we are learning from our South-East Asian friends, to appreciate the substance tofu can provide to a vegetarian, non-dairy diet - in line with global trends away from animal agriculture.