New Zealand is dragging its feet taking action on what's supposed to be an emergency. Our Climate Declaration core group member Pat Baskett looks to the EU's Green Deal for inspiration on how we should be addressing climate change.

The delay until May of the announcement of the Government’s strategies for the climate crisis is only the most recent of events signifying how low on our horizons this emergency lies.

For example, at the third auction of the Emissions Trading Scheme, units were greedily gobbled up by companies prepared to pay for the right to continue polluting, forcing the Government to immediately summon up more units.

At least the bids were higher, at more than $50, than the base price of $35 per tonne. This is still meagre compared with the European Union’s price of about $100 and we continue to hand out free credits to major companies.

Then there’s the extraordinary advice of Treasury earlier this year, that the Government delay implementation of the Clean Car Feebate scheme. This scheme penalises owners of dirty and gas-guzzling cars and awards subsidies for those able to buy EVs. The advice was rejected but why, one wonders, was Treasury not more forward-looking? What reactions might there be to forthcoming measures with economic implications?

And finally, a huge amount of coal was imported this winter to fill the gaps in the production of renewable electricity - with not a murmur for conservation or efficiency or support for those considering setting up their own solar systems. 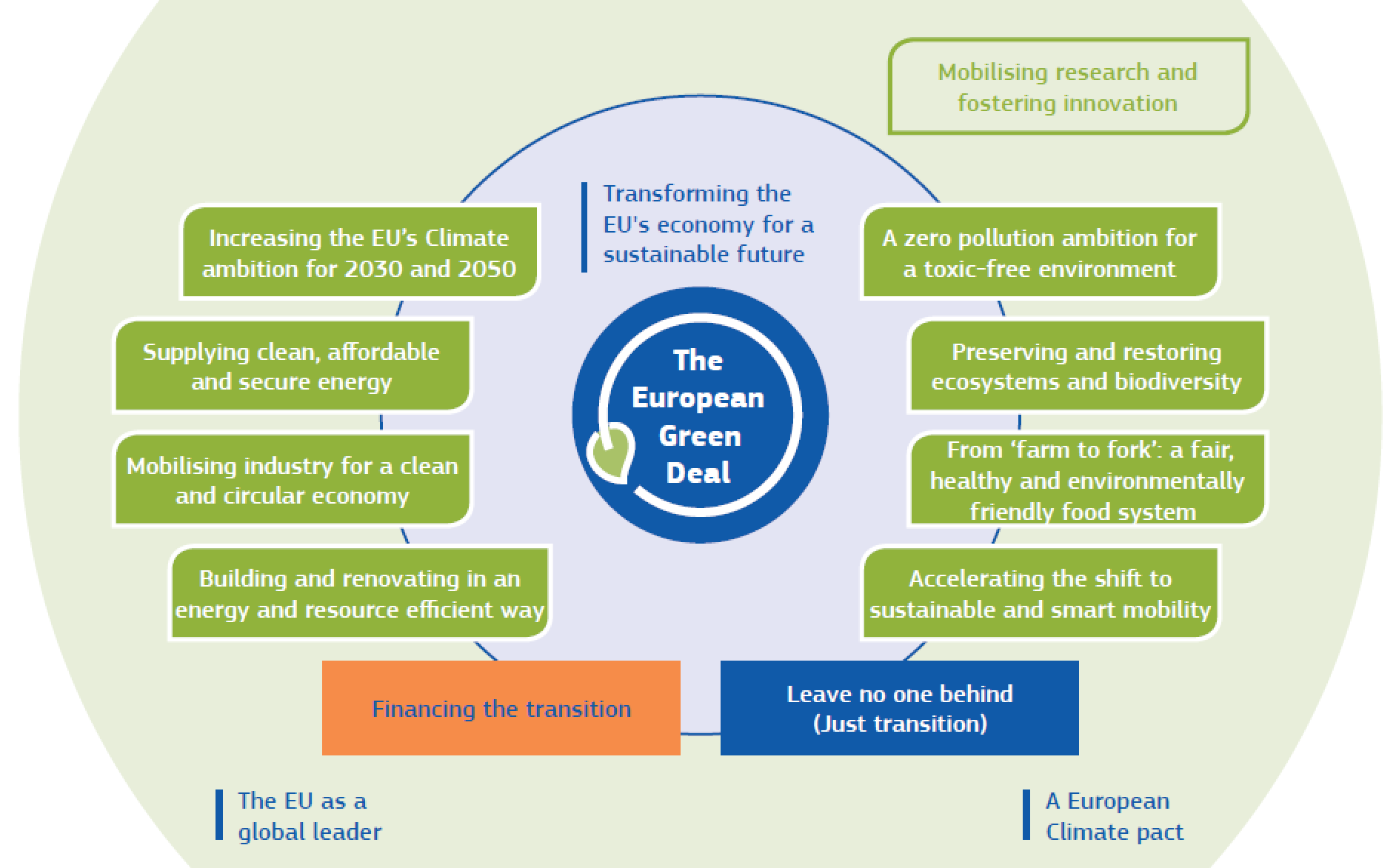 We could benefit from the European Union’s Green Deal. According to the enthusiastic presentation to the Wellington Fabian Society recently, by EU Commission Counsellor Caroline Lambert, the deal’s proposed transformations will not only meet the 2015 Paris commitments but will bring profound environmental and social benefits. Lambert is also Head of Trade and Green Diplomacy for the Delegation of the European Union in Aotearoa New Zealand.

The Green Deal was prepared in fulfilment of the obligation by Paris participants to update their Nationally Determined Contributions (NDC) after five years. So far, says Lambert proudly, the EU is the only member to have done so.

It is also the first to have tabled measures for the agenda of the November Climate Change Conference in Glasgow, COP26.

A whole raft of proposals will make the EU’s climate, energy, land use, transport and taxation policies fit for reducing net greenhouse gas emissions by at least 55 percent by 2030, compared to 1990 levels. The legislative structure to enforce such policies was set in place earlier this year when 26 of the 27 EU countries passed the European Climate law. Bulgaria didn't support the law.

The longer-term goal is for Europe to be the first carbon-neutral continent by 2050. We have a similar goal – carbon neutrality by 2050 – but ours doesn’t bear comparison. Methane from agriculture and waste (over 40 percent of emissions) is exempt and has its own target of somewhere between 24-47 percent reduction below 2017 levels by 2050.

Lambert’s delivery is hearteningly upbeat. The Green Deal’s proposals are “unequivocal, unprecedented and irreversible”, she claims. Actual reductions in emissions are the priority. The use of forestry offsets is limited.

The measures will require state intervention but Lambert is confident that every branch of society is on board – scientists, the financial sector, justice, the military and especially youth groups. A poll in July showed that 90 percent of the population believe that climate change is serious. People’s concerns, she notes, are more about the perceived effects of the measures than whether they’re necessary.

The transition needs to be just, otherwise there’ll be social unrest. Lambert remembers the “yellow vests” movement in her home country, France, a couple of years ago.

What can we learn?

The EU’s Emissions Trading Scheme has already enabled emissions reductions from power generation and energy –intensive industries by 42.8 percent in the past 16 years. Now, under the Green Deal, the EU is proposing to phase out free emissions allowances for aviation and to include shipping emissions. These have never been part of any plan anywhere, and are not included in the Paris agreement.

To complement the substantial spending on climate measures, individual countries are required to spend the entirety of their ETS revenues on climate and energy-related projects. Revenues from road transport and buildings have to address the possible impacts on vulnerable households.

Member states share responsibility for achieving the overall target set by the Commission for removing carbon from the atmosphere by natural sinks. The goal is removal of the equivalent to 310 million tonnes of CO2 by 2030 – by which date they hope to have planted three billion trees

By 2035, the EU aims to reach climate neutrality in land use, forestry and agriculture, including “non-CO2 emissions, such as those from fertiliser and livestock”, the Commission’s press release states. This means methane and nitrous oxide!

Forestry and biomass use must be sustainable.

The production of energy and its use accounts for 75 percent of emissions. A Renewable Energy Directive will set an increased target of 40 percent of energy from renewable sources by 2030. Okay, we do better there. But they take conservation seriously.

If only our Energy Efficiency and Conservation Authority were endowed with equivalent ... authority.

A new Carbon Border Adjustment Mechanism will put a carbon price on imports of selected products to prevent “carbon leakage”. This will ensure that EU reductions contribute to a global decline in emissions, and not push carbon-intensive production elsewhere.

While we might have seen the climate emergency as our “nuclear-free moment”, Lambert cites the Green Deal as Europe’s “man-on-the-moon” project. She estimates it will cost 18 times more than going to the moon, and that it will last over several electoral cycles. But she’s certain they (and we) will get there.

So it was a brave Julie Anne Genter, MP and Green Party spokesperson on climate, who was invited by the Fabians to respond.

Our Government hasn’t realised, she explained, that we have only six years left to keep temperature increases to less than 1.5 degrees.

“We’re starting late. What we bring to Glasgow won’t be as comprehensive or ambitious (as the Green Deal). But Covid shows we can make drastic changes and climate change is an even bigger danger.”

What will May bring?

This article was first published by Newsroom.