The reason for the recent electricity black-out has deep roots. Our Climate Declaration core group member Molly Melhuish offers this critique of the current system and points to where we can find answers. 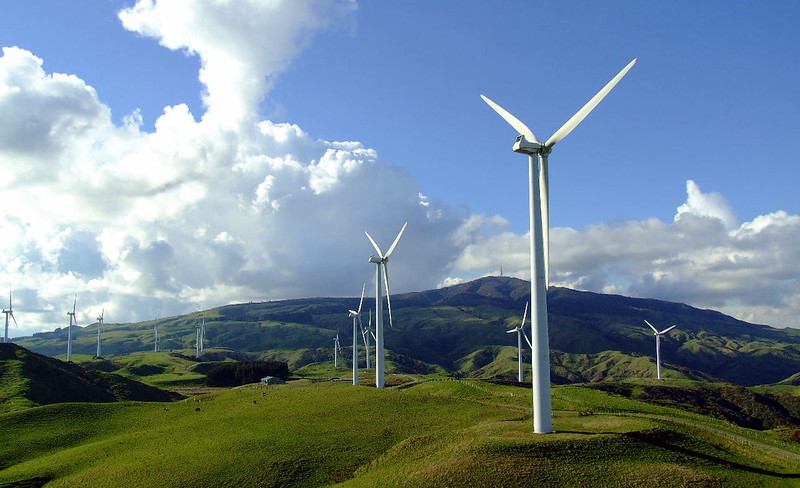 Electricity is an essential service for households, buildings, and industry – and soon will be for transport. It is the most versatile of all energy commodities, offering motive power, heat, refrigeration, light and electronics. Generating it from coal or gas wastes two thirds of their energy as low-grade heat.

New Zealand’s electricity sector was radically reformed from 1986 on the promise that “market disciplines” would drive efficiency gains, which would lead to lower consumer prices. The market makes scarcity profitable.

In late 2019 hydro energy was spilled deliberately to force Huntly to generate, burning imported coal. This cost $80 million and led to an excess of 6000 tonnes of CO2 emissions. (1) Huntly burned as much coal in the first three months of this year as it did in 2016 and 2017 combined. (2)

Market failure came to a head on August 9, 2021, when a well-forecasted wintry blast led to the highest ever demand on the electricity grid. Transpower sent polite warnings from 6 am and through the day, requesting generators to make all their capacity available. But so many stations were out for maintenance that rolling blackouts had to be imposed, affecting 35,000 consumers. (3) Planning for security of supply is complex, formal, and wholly commercial. It depends on rolling blackouts to prevent total system collapse when generation is insufficient to meet demand.

Labour made the politically charged promise to achieve 100% renewable electricity by 2030. (4) They promised $117 million to fund these and other renewables projects. Seldom mentioned is the rider, “in a normal hydro year”, which would allow some fossil fuel to be used when the hydro lakes are too low. This is tricky, because gas processing facilities cannot be just turned on and off, so the necessary peaking power stations depend on some base-load gas user (at present it would be Methanex) to keep the gas flowing and available. (5) That’s not 100% renewable!

Wind and solar are fully renewable in their operation, but they require fossil fuels to build them. Almost all the world’s solar panels are made in China, which still fuels most of its electricity with coal. Wind farms need steel for their towers, and hilltop wind farms involve extensive roading – the Makara wind farm is perhaps the worst example. The net energy, or “energy return on energy invested (EROI), is reducing fast because the best renewables sites are already taken.

Wind and solar also require rare earths and critical metals which are becoming scarce. Batteries that power EVs and shift noonday solar energy to meet the evening peak demand are draining the world’s supplies of cheap lithium. All these factors mean that trying to replace the world’s fossil fuels with renewable energy will require a “reduced demand for all resources, … a very different social contract and a radically different system of governance". (6)

The unmentionable solutions to both peaks and dry years are:

1) to reduce demand, for example with energy efficiency retrofits in buildings and equipment, and
2) to make electricity demand flexible.

The latter be done not only with batteries but with efficient and correctly used wood burners. Replacement of wood burners with heat pumps has driven peak demands upwards because heat pumps lose efficiency in very cold weather.

Both demand reduction and local energy supply threaten the profits and asset values of the electricity corporates. The recent blackouts, and earlier market manipulation that drove high coal generation, create high profits. Government half owns the biggest generators and fully owns Transpower. Their profits benefit Government directly, creating conflict of interest which must be eliminated.

Indeed the extreme profit-driven governance of our electricity sector must be replaced with some system to confirm and promote the public interest in energy supply. (7) There are several options (8), all incompatible with neoliberal philosophy and finance.

Fossil energy allowed civilization to escape the bounds of local energy supply. Demand grew exponentially, as did the waste products of energy (especially carbon dioxide), agriculture and industry. Now new local energy technologies offer truly renewable and even climate-friendly energy systems, but only at a greatly reduced scale per capita. New Zealand is in a unique position to demonstrate these to a reluctant world.